It’s a sad day for free speech in America when Twitter kills the @realDonaldTrump account and then when he uses the @POTUS account to get a message out, they delete the tweets. Who do they think they are to attempt to silence the leader of the free world?

In case you missed the final tweets from President Trump, below is a screenshot taken from my Tweetdeck account.

There is also an archive of the @realDonaldTrump account at https://www.thetrumparchive.com/. 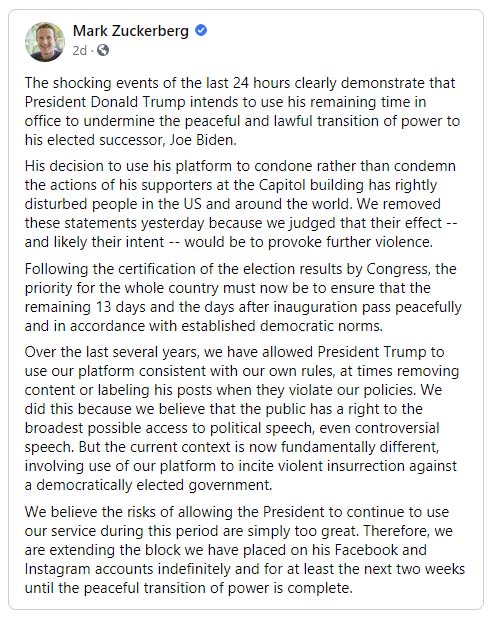 Whether you like President Trump, hate him or could care less either way, the fact that 2 people – Mark Zuckerberg (Facebook & Instagram) and Jack Dorsey (Twitter) can censor and even cancel anybody they want is worrisome to say the least.

It is a drastic move towards the erosion of free speech in America when two of the biggest social media platforms can censor whoever they want. This is wrong on so many fronts!