U2 360 Tour Comes To University of Phoenix Stadium 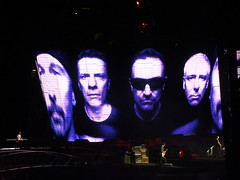 After many years of wanting to see U2 live but always missing the opportunity (concerts sell out), I finally got to see them along with my lovely wife Irma in their biggest, baddest show yet – U2 360. Tuesday, October 20th at the Cardinals stadium is where it all took place and although the show here didn’t sell out (Phoenix you suck), there were about 55,000 in attendance.

They played for about two hours and twenty minutes – 24 songs in all which included two encores. Some highlights of the show in addition to the awesome stage, light show and video effects occurred when Bono brought up three sisters who he sang and danced with during “In A Little While.” They even got to remain on stage and sit near Larry during “Unknown Caller” as Bono lays across their laps during Edge’s guitar solo.

One lucky little girl got to walk the catwalk with Bono during “City of Blinding Lights.”

At different times during the show, Bono namechecks Muhammad Ali, Shane MacGowan of the Pogues, and John and Cindy McCain, all of whom are at the show.

Below are a few photos. 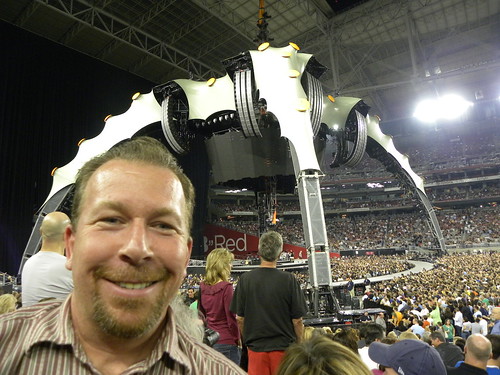 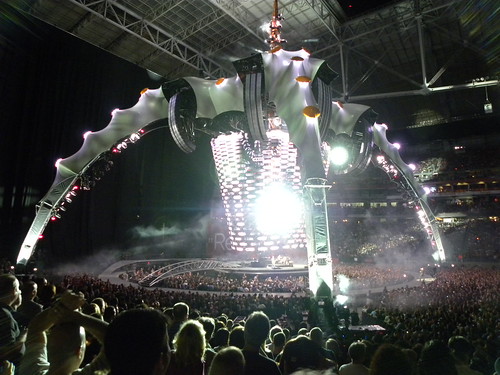 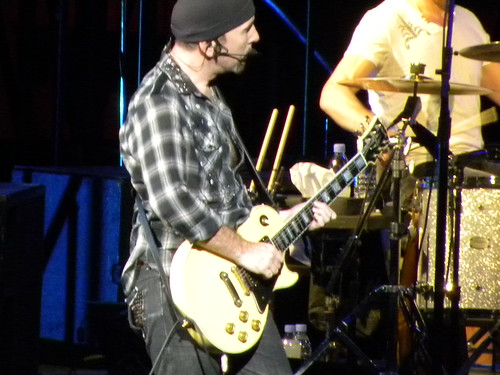 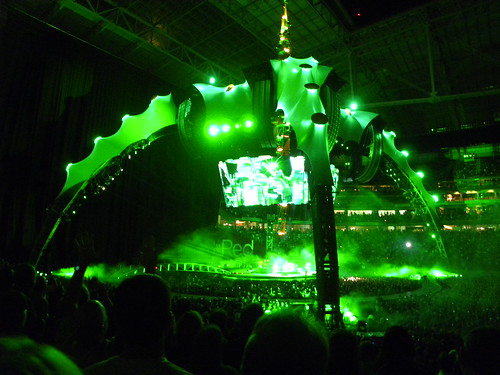 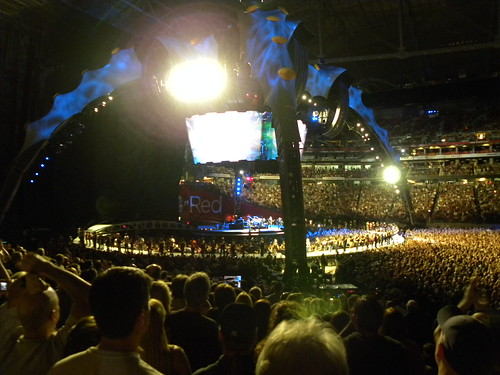 Most of my close range shots did not turn out well thanks to the sucky Nikon P90 I was using (I returned it to Costco soon after). Had I been able to bring my Nikon D80 with its 200mm zoom lense, the close-ups would have been much much better. However, I had heard that no “detachable” lense cameras were allowed. Such is fate.

We hope to see them again next June when they play at Angels Stadium in Anaheim during the second leg of their ongoing tour. Maybe then I’ll be able to get my trusty D80 in and get some killer shots! 😉