20 All Time Most Memorable Movie Characters

I have seen a lot of great movies in my time. Interesting story lines, amazing cinematography, incredibly suspenseful, out of this world funny and the like. One thing I really enjoy besides these elements is intriguing characters that are acted out extremely well.

With that, I give you my all-time top list of favorite movie characters.

In 1980 Miami, a determined Cuban immigrant takes over a drug empire while succumbing to greed. Pacino does such an astounding job transforming himself into a Cuban gangster. His role has provided us with famous lines known everywhere such as, “Say hello to my little friend,” or “I always tell the truth. Even when I lie.” 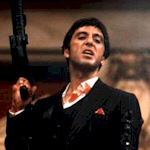 In the film that started them all, Eastwood plays a San Francisco cop with little regard for the rules (but who always gets results) where tries to track down a serial killer who snipes at random victims. In the following movies, Dirty Harry chases after vigilante cops, terrorists, rapists and a mystery murderer. The Dirty Harry character produced some of the most famous movie quotes of all time including, “Go ahead, make my day.” as well as “Do you feel lucky, punk? Well do ya?” 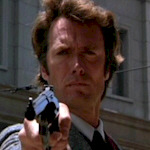 A family heads to an isolated hotel for the winter where an evil and spiritual presence influences the father into violence, while his psychic son sees horrific forebodings from the past and of the future. We already know that Nicholson can be a bit zany from his role in “One Flew Over the Cuckoo’s Nest.” However, Nicholson’s role as a family man turned psychopathic killer is haunting to say the least. 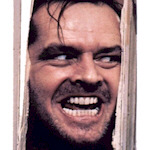 4. Captain Jack Sparrow played by Johnny Depp (Pirates of the Caribbean 1, 2, & 3)
In a film modeled after the famous attraction at Disney theme parks, Blacksmith Will Turner, played by Orlando Bloom, teams up with eccentric pirate “Captain” Jack Sparrow to save his love, the governor’s daughter, played by Keira Knightley, from Jack’s former pirate allies, who are now undead. While all the actors who played pirated did an exceptional job, Depp’s transformation into Jack Sparrow will live on for ages as one of the best acting performances of all time. 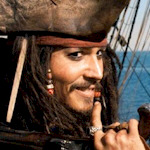 5. The Joker played by Heath Ledger (The Dark Knight)
Batman and James Gordon join forces with Gotham’s new District Attorney, Harvey Dent, to take on a psychotic bank robber known as The Joker, whilst other forces plot against them, and Joker’s crimes grow more and more deadly. I really enjoyed Jack Nicholson’s role as The Joker in the 1989 Batman movie but ledger completely transforms himself into such an evil and crazed villain. Had I not known Ledger played the role, I would not have recognized him. 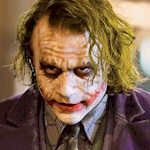 6. Dr. Hannibal Lecter played by Anthony Hopkins (The Silence of the Lambs, Hannibal & Red Dragon)
A young FBI cadet, played by Jodi Foster, must confide in an incarcerated and manipulative killer (Lecter) to receive his help on catching another serial killer who skins his victims. While Hopkins has played many memorable roles, all of which it performed superbly, he will always be remembered best as Dr. Hannibal Lecter. 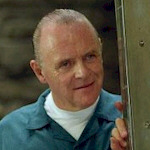 7. William Wallace played by Mel Gibson (Braveheart)
Braveheart is the partly historical, partly mythological, story of William Wallace, a Scottish common man who fights for his country’s freedom from English rule around the end of the 13th century. Gibson incites passion for freedom in this gripping film – one of my all time favorites. 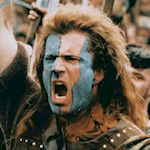 8. Don Vito Corleone (Godfather) played by Marlon Brando (The Godfather)
Brando plays an aging patriarch of an organized crime dynasty who transfers control of his clandestine empire to his reluctant son, played by Al Pacino. Brando does an excellent job transforming himself into a ruthless mob boss and yet one who cherishes his family and friends dearly. Famous quotes include, “I made him an offer he couldn’t refuse,” and “Never tell anybody outside the family what you’re thinking again.” 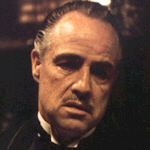 9. Beatrix Kiddo played by Uma Thurman (Kill Bill Vol. 1 & 2)
Thurman’s character, The Bride, wakes up after a long coma. The baby that she carried before entering the coma is gone. The only thing on her mind is to have revenge on the assassination team that betrayed her – a team she was once part of. In Vol 2, the murderous Bride continues her vengeance quest against her ex-boss, Bill, and his two remaining associates; his younger brother Budd, and Bill’s latest flame Elle. Thurman does a most excellent job transforming herself into a bad-ass professional killer that you would in no way want to be enemies with. 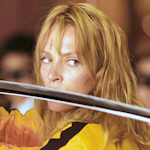 10. Bill ‘The Butcher’ Cutting played by Daniel Day-Lewis (Gangs of New York)
In 1863, Amsterdam Vallon, played by Leonardo DiCaprio, returns to the Five Points area of New York City seeking revenge against Bill the Butcher, his father’s killer. The character Day-Lewis plays believes that America should belong to native-born Americans and opposes the waves of immigrants, mostly Irish, entering the city with, as you can guess by his name, much violence. 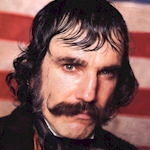 11. William Munny played by Clint Eastwood (Unforgiven)
Retired Old West gunslinger William Munny reluctantly takes on one last job, with the help of his old partner, Ned Logan, played by Morgan Freeman, and a young man who has yet to kill anyone. The character Eastwood plays is similar to the many other “man with no name” western characters he has played so well over the years. I feel this role is my favorite due to the fact that you not only get to see Eastwood’s “cowboy” toughness but at the same time see someone who has some humanity to him and actually struggles with the reality that he has to kill again. 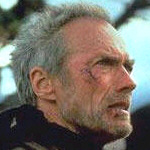 12. Austin Powers played by Mike Myers (Austin Powers: International Man of Mystery, The Spy Who Shagged Me, & Goldmember)
It all started with Myers playing a 1960’s hipster secret agent who is brought out of cryofreeze to oppose his greatest enemy into the 1990’s where his social attitudes are glaringly out of place. Myers is hilarious as Austin Powers but also does exceptional job playing other characters in these films including Dr. Evil, Fat Bastard and Goldmember. 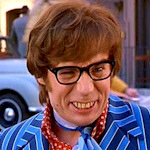 13. Aileen Wuornos played by Charlize Theron (Monster)
A dark tale based on the true story of Aileen Wuornos, one of America’s first female serial killers. The tale focuses on the nine month period between 1989 and 1990, during which Wuornos had a lesbian relationship with a woman named Selby. And during that very same time, she also began murdering her clientele in order to get money without using sex. Theron completely transforms herself into a, well a monster. She is not even recognizable as the Charlize we all know both in looks and character. A superb job creating a most memorable movie character. 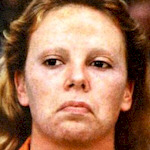 14. Howard Hughes played by Leonardo DiCaprio (The Aviator)
A biopic depicting the early years of legendary director and aviator Howard Hughes’ career, from the late 1920s to the mid-1940s. Although I am unfamiliar with the characteristics and nature of Howard Hughes, DiCaprio played this role in such an entertaining fashion and clearly demonstrated his talent as an actor. 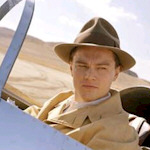 15. Stanley Ipkiss (The Mask) played by Jim Carrey (The Mask)
Bank clerk Stanley Ipkiss is transformed into a manic super-hero when he wears a mysterious mask. I had a tough time choosing between Carrey’s role as The Grinch and this one. I think this one won out simply because of the zaniness Carrey portrayed in the character. Oh, the eye candy (special effects) helped as well. 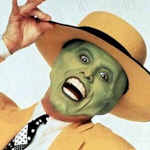 16. Edward Scissorhands played by Johnny Depp (Edward Scissorhands)
Johnny Depp plays an uncommonly gentle young man, who happens to have scissors for hands, who falls in love with a beautiful teenage girl but finds himself in all sorts of trouble along the way. This was one of a few roles Depp has played for director, Tim Burton. 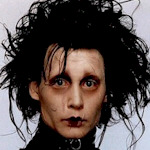 17. Sherman Klump played by Eddie Murphy (The Nutty Professor)
Grossly overweight Professor Sherman Klump, desperate to lose weight, takes a special chemical that turns him into the slim but obnoxious Buddy Love. Not only did Murphy do an exceptional job playing Sherman Klump, he pulls more than double duty playing Buddy Love, Lance Perkins, Papa Klump, Mama Klump, Grandma Klump and Ernie Klump, in what ends up being one hilarious time. 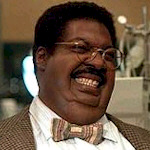 18. Captain Hook played by Dustin Hoffman (Hook)
When Captain Hook kidnaps his children, an adult Peter Pan, played by Robin Williams, must return to Neverland and reclaim his youthful spirit in order to challenge his old enemy. Although Hoffman’s role as Captain Hook is quite corny, I thought it was highly entertaining and played out exceptionally well. 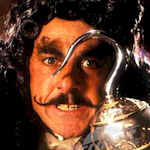 19. Sam ‘Ace’ Rothstein played by Robert De Niro (Casino)
Greed, deception, money, power, and murder occur between two mobster best friends and a trophy wife over a gambling empire. I just had to include De Niro somewhere on this list. Some of the most memorable characters he has played is when he is somehow involved in the mob. I could have selected “Goodfellas” as well and I even like that movie better. However, I think Casino shows De Niro in one of his best roles as an organized crime figurehead. 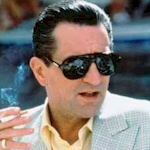 20. Norman Bates played by Anthony Perkins (Psyco)
Last but certainly not least is Norman Bates. A young woman steals $40,000 from her employer’s client, and subsequently encounters a young motel proprietor too long under the domination of his mother. It’s classic Hitchcock as well as one of the all time best horror films Perkins plays a very eerie character indeed. 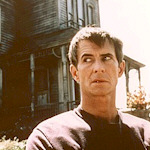